What is jelqing? Will it make my penis bigger?

One of the oldest penis enlargement techniques is jelqing, a stretching exercise that supposedly dates back to ancient times in the Middle East (Wylie, 2007). While some claim jelqing makes your penis look larger and thicker, there’s not much evidence that it actually works. On top of that, it can also cause real and even permanent damage to your penis. 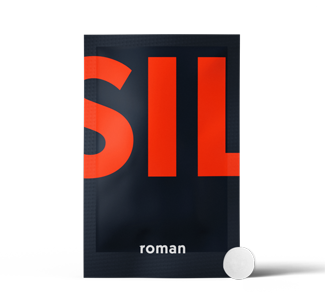 What exactly is jelqing?

The exercise involves pulling and massaging it with your fingers or a specially designed jelqing device.

The idea behind this is the same one behind building muscle: by stretching the tissue it creates micro-tears, which will thicken and expand during the healing process. Unfortunately, there’s no scientific evidence that jelqing works this way––or at all.

Despite the lack of evidence that jelqing makes your penis bigger, there’s no shortage of information online about it in YouTube videos and Reddit discussions.

Case in point: a seriously NSFW jelqing video titled “Proof You Can Get a Longer Penis” posted in 2016 has racked up over 30 million views. The purveyor claims to have added three inches to his erect girth after two years of jelqing daily. Elsewhere on social media, die-hard jelqers say the technique creates firmer erections and improves erectile dysfunction. But again, there is no scientific proof that any of this is true.

How do you jelq?

There are a few variations on how to jelq. Going by the sites dedicated to it, the consensus seems to be this:

There are also contraptions to assist with jelqing available online under names like “the Penilizer,” which grips the penis between traction rollers or plastic arms.

There are no formal clinical trials on the effectiveness of jelqing. And any other data that has been reported is mostly anecdotal and not very impressive.

In 2018, PhalloGauge Medical, a site that sells penis extenders, conducted an extremely small study on jelqing for penis enlargement. Seven men were enlisted to do 200 jelqing strokes per day for three months and asked to measure their penises along the way. At the end of the study, the average increase was 0.13 inches in length and 0.3 inches in girth. The conclusion was that any changes were minor and the technique was not a promising one for penis enlargement (PhalloGauge Medical, 2020). Side effects and risks of jelqing

A major downside to jelqing is it actually poses a risk of injury. Let’s take a look at the anatomy of the penis and what can go wrong if you damage its internal structures.

The penis is filled with spongy tissues called the corpus cavernosum and corpus spongiosum. The shaft and glans of the penis contain thousands of tiny nerves that are super sensitive and play an important role in feelings of sexual pleasure. When you’re aroused, the spongy areas fill with blood and expand, producing an erection.

During this process, blood flows through two vessels called cavernosal arteries. To maintain an erection these arteries open up, which maximizes blood flow into the penis while preventing any blood from draining out. Jelqing can damage this entire intricate system. Side effects from jelqing can include bruising, swelling, numbness, and permanent damage like erectile dysfunction (ED).

“I’ve had plenty of patients come to see me post-jelqing with neurological tears,” says Dr. Cohen. “If you tear the microvasculature or microneurological input to the penis, no one can correct that. Now they have a numb penis, or tearing and overstretching of the arteries and veins, and have permanent ED.”

Do other penis enlargement techniques work?

In terms of permanent results, penis enlargement surgery is probably the most effective. A number of surgeries are available—from snipping the penis’s internal ligament to let it hang lower, to inserting a permanent implant—that can increase length and girth.

Just like male enhancement supplements, the vast majority of non-surgical penis enlargement methods (like penis pumps and jelqing) don’t produce permanent results. And sometimes they do more harm than good.

There is evidence that one non-surgical method can make the penis longer. Penis extender devices are available online, but they’re likely not a great idea and certainly aren’t right for everyone. You put your unit in a small stretching rack or traction device and wear it under your clothes for several hours a day. As the name indicates, it’s supposed to stretch or extend your penis (Orderda, 2011).

These devices are typically used for people with a specific medical condition known as Peyronie’s disease (PD). The condition causes the penis to become bent, resulting in pain and even erectile dysfunction. A 2009 study found that people with PD who used penis extender devices for six months gained an average of 0.83 centimeters in length, but no change in girth. Though the numbers seem minimal, participants also saw a 33% reduction in penis curvature and felt increased satisfaction with the results (Gontero, 2009b).

It should be clear that added length for these study subjects didn’t come out of thin air. The devices were straightening the curvature, adding an illusion of increased length. The same results probably won’t appear for a person without Peyronie’s disease.

Case in point: another small study found no significant improvements in people who wore penis extenders over six months for four hours a day who didn’t have Peyronie’s disease (Gontero, 2009a). Other research had 23 men with a short penis (a length of less than 3.5 inches) use a penis extender for three months. A 1.7 centimeter increase was seen in flaccid, stretched penis length with no change in girth (Nikoobakht, 2011).

Before you put your penis in a traction device to gain less than an inch (at best) ask yourself if it’s really worth it.

Do you have penis dysmorphia?

Contrary to popular belief, the average erect penis length is roughly 5.1 inches (King, 2021). So don’t let porn—which is, by definition, fake—put a damper on your self-esteem and real sex life.

It may sound a bit corny, but it’s been true since well before whoever dreamed up jelqing.  Developing emotional intimacy with your partner and communicating openly about what you both like (in and out of bed) goes a lot further toward great sex than the size of your anatomy. What is male ejaculation? How does it occur?

How long should sex last? Is longer better?

How to get harder erections with or without medication

What morning wood says about your health

How long can the average man stay erect?